At one point, Taka’s life was almost ended by a fire.

In late October, the Shiba Inu pup’s house was caught in fire and he was in the screened porch when the tragedy happened.  His family did everything to save him but the fire kept them out and even if it was against their hearts’ desire, they needed to run away from the burning house.

Fearing the worst, a miracle took place.  By himself, Taka was able to get out of the porch and escaped the scorching flame.  A kind–hearted neighbor found him running in the street and rushed him to the Care More Animal Hospital located in Martinez, GA.

“His entire body was burnt.  His eyes, mouth, ears, and belly,” said Emily Martin, Care More Animal Hospital’s on duty vet at that time.  “We were worried first of inhalation burns so we really didn’t know how severe his injuries were.”

While being treated, Taka showed signs of difficulty in breathing, so he was transferred to University of Georgia’s animal clinic where an oxygen apparatus was made available for his use.  A few days later, he returned to the Care More Animal Hospital where every staff has been doing their very best to make him better.

Martin, among others, started to fall in love with Taka.  She spoke with his family and convinced them to surrender Taka into her care and supervision for the benefits of the dog’s health.  From then on, Martin was not just his vet –she’s now become Taka’s mom.

One night, Martin took Taka home so he wouldn’t have to sleep on his own.  Staying up the whole night, both of them ended up exhausted.

The following day, Martin went in Taka’s ‘room’ at the hospital, and they both went to nap together.  A co–worker of Martin’s captured a photo of the heartening moment. 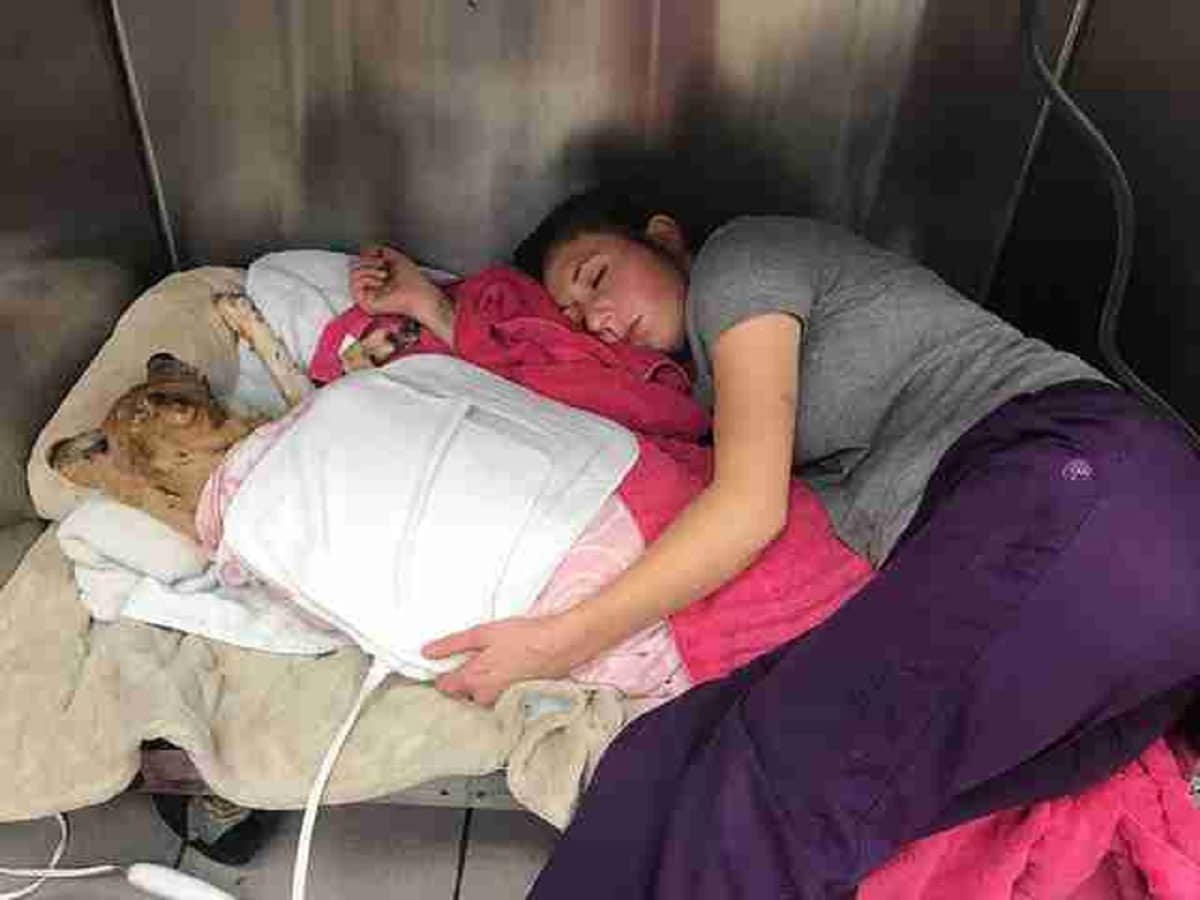 Despite not being able to know how long it will possibly take for Taka’s recovery or just how much effect the blaze will cause him, Martin along with the rest of the hospital vets are very optimistic, especially that Take eats and goes into the bathroom voluntarily. 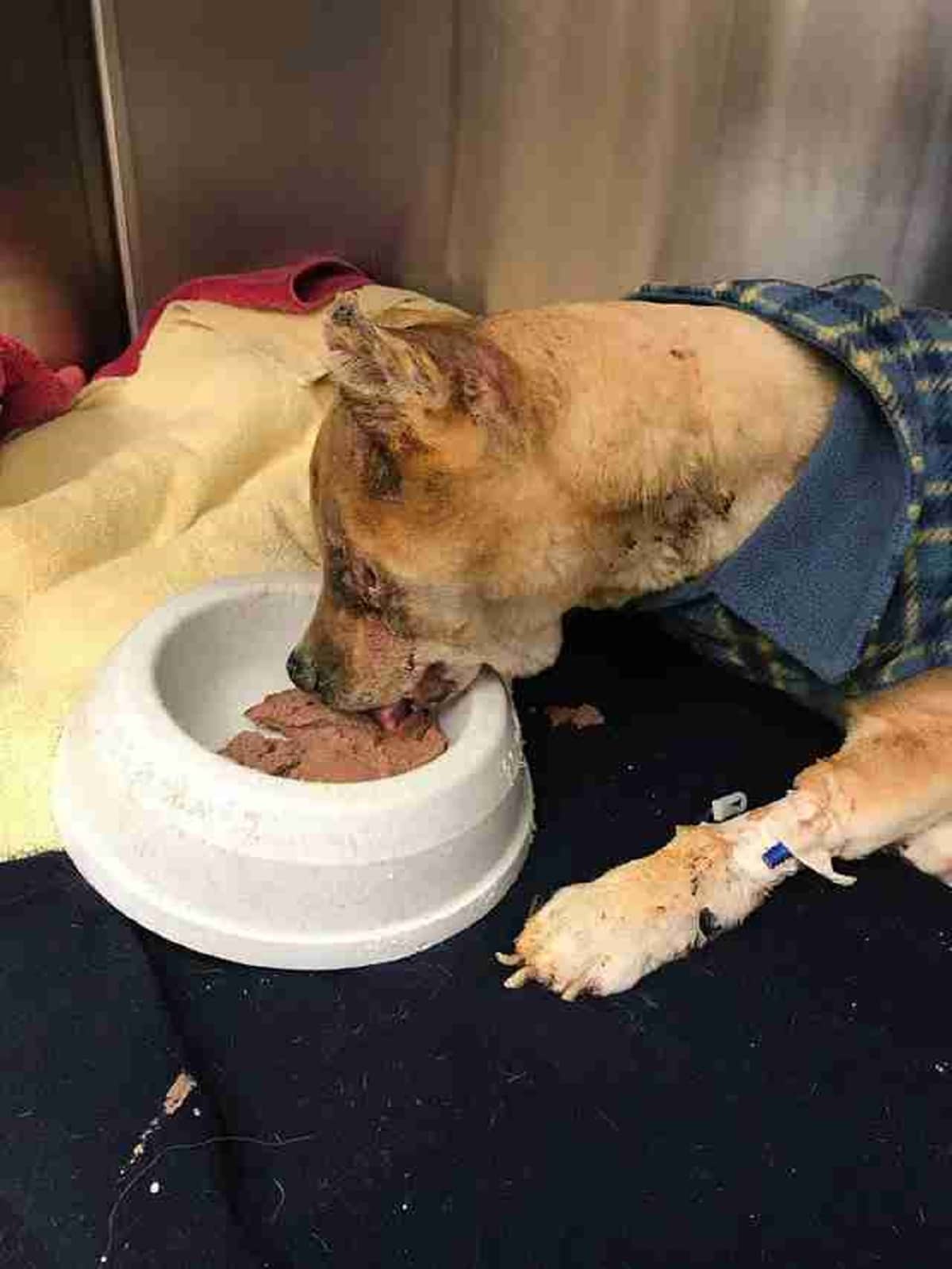 Martin has grown so attached and devoted to Taka that she’s considering to adopt him herself.  But having 5 dogs of her own and a baby less than a year old, Martin admins that she may not possibly be able to provide the best place and care for Taka.

But  if and when Taka’s ready to get adopted, Martin only has one thing she wants – to find the best family and home for her Taka.

“He went through something so traumatic and so painful, and yet, he doesn’t give up.  He’s just so resilient.”